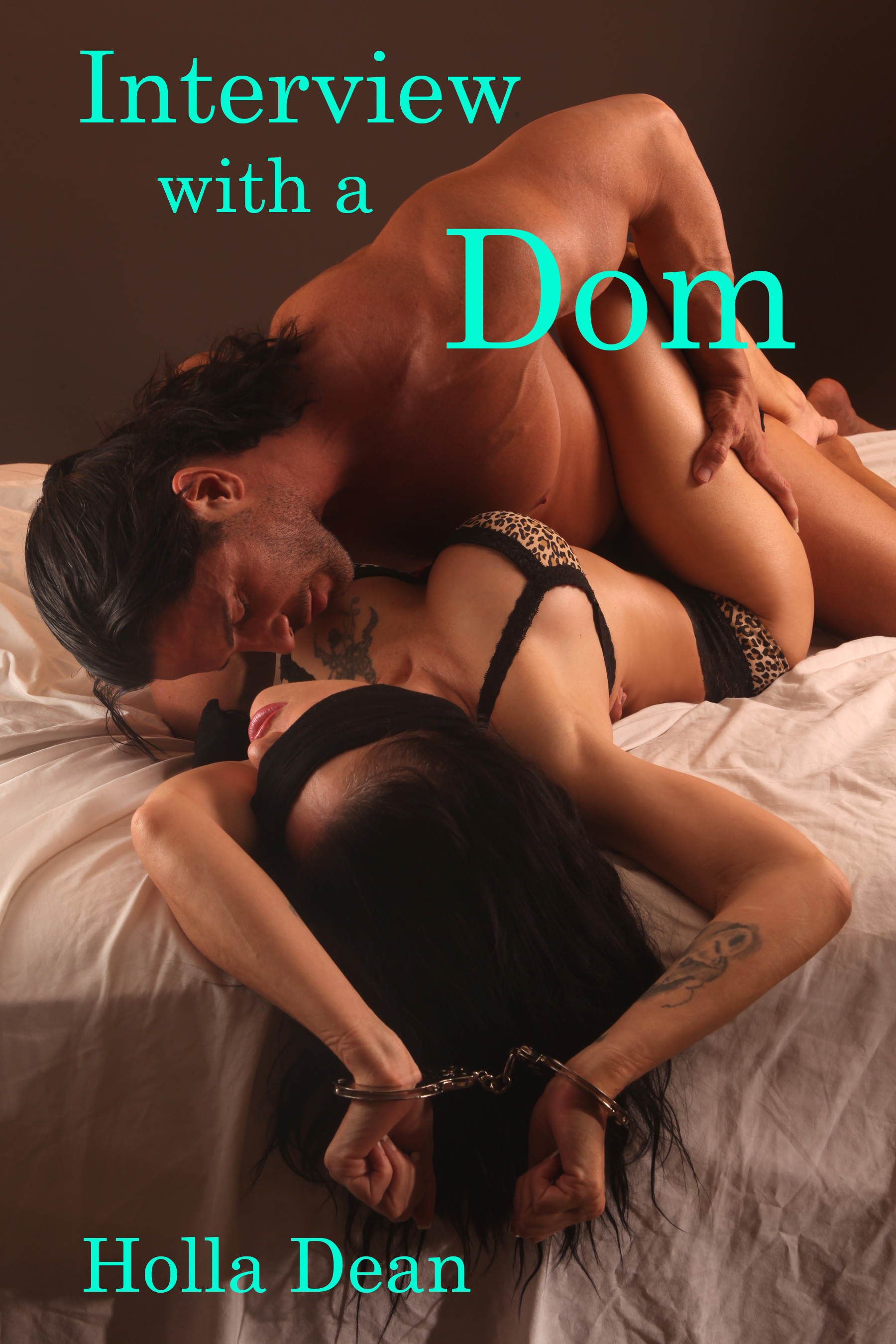 The following is an excerpt of when Kylie goes to see his dungeon.

She was sick of his commands and orders. But she wanted to get out of this place and if obeying him this one time would get him to unlock the gate latch, she would do it.

“You seem to have a hard time displaying any respect for things that are out of the ordinary.”

“It’s not that, Alex. This room makes me uncomfortable and I’d really like to leave now.”

“Is the reason for this uncomfortable feeling because you don’t understand why your pussy is wet?”

Oh god, how could he possibly know how her pussy reacted to the things in this room?

“Now you are lying to me, Kylie. I will not have it and you will be punished.”

Before she could finish, she found herself over his knee and he was spanking her! Spanking her hard!

He paused long enough to pull her skirt up and tear down her panties and then continued on her bare bottom!

Kylie cried out with every blow to her ass. She begged, “Stop! Stop it right now! You can’t do this to me!”

Alex continued spanking her ass while he lectured her. “You are an ill-mannered young woman. You came to me for help and I freely gave it you and still you speak to me with disdain. You are lucky that I don’t take my belt to your ass!”

Interview with a Dom: 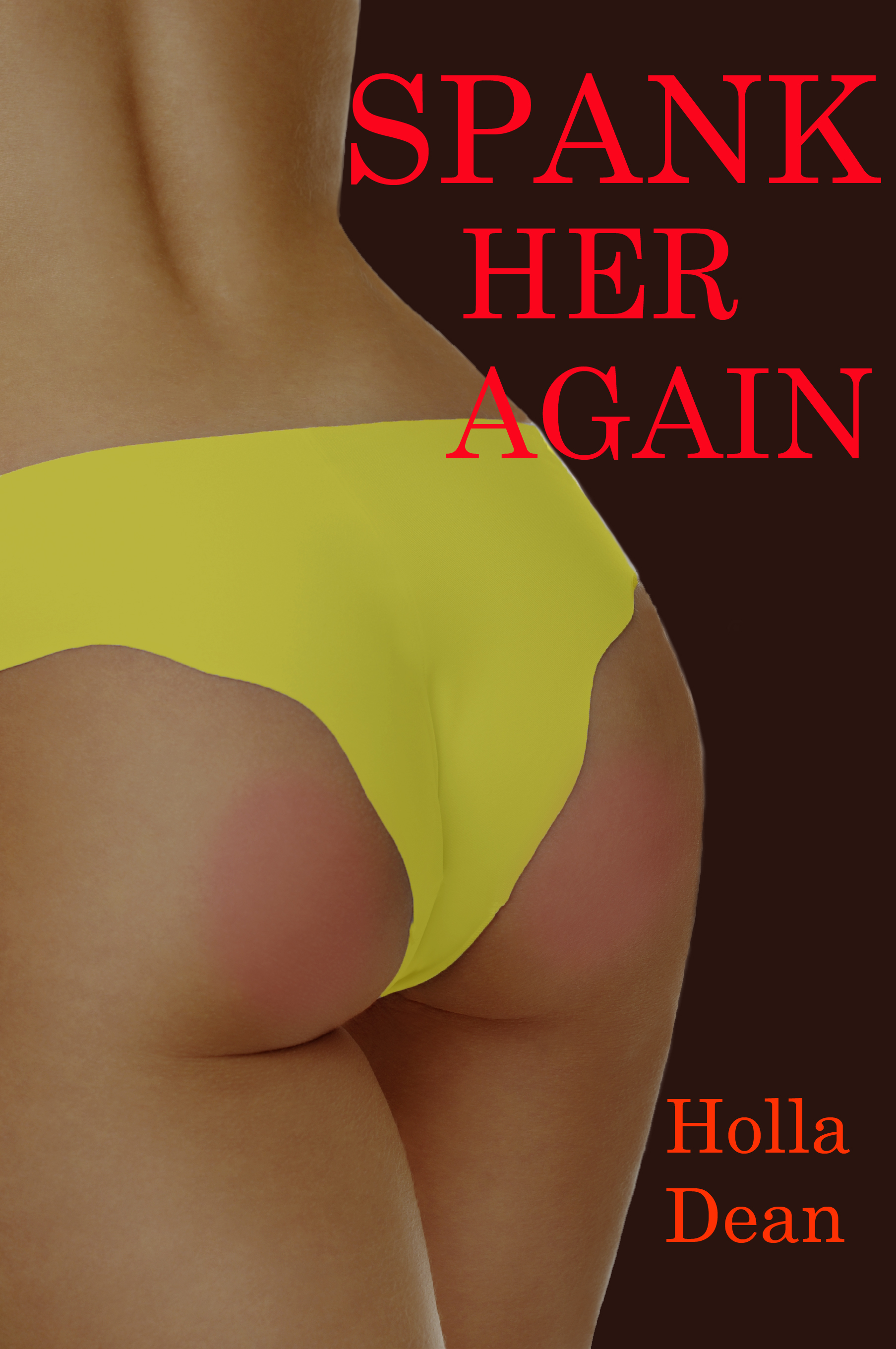 My second book, Spank Her Again, is the story of a woman who runs away from her abusive husband. She’s been badly beaten, but she takes off and after driving for three days, finds herself in a small Wyoming town. Still not recovered from her husband’s beating, she faints in the grocery store and finds herself at the town clinic arguing with Doc Spencer, who insists she stay overnight in their facility.

Maggie opened her eyes and saw Dr. Spencer looming over her. Shit, I wanted to leave before this buffoon came back.

“Ms. Mallory, please change back into your hospital gown and get back in bed. You are in no condition to be leaving the clinic.”

“You can’t force me to stay here. I want to go back to my cottage, I feel better now and I’ll be fine.”

No one ever refused to follow Doc Spencer’s orders. He had grown up in this town and when he returned after completing medical school to practice here, many of the town’s families came to him for their medical care. They trusted him because he was one of them; they listened to him and did what he told them to. To have this little snippet of a female refuse to follow his orders rubbed him the wrong way.

“Ms. Mallory, you will change back into your gown and get into bed or I will do it for you.”

Maggie had enough. “Doctor, you might be able to order the people of this town around, but I am a nurse practitioner and I know what I’m doing. I am leaving this clinic and returning to my cottage.”

This time, Spence had enough. “Ms. Mallory, I don’t care if you are a world famous brain surgeon. Now I suggest you get back in that bed or I’ll turn you over my knee. Now, Ms. Mallory.”

What?? Did he just threaten to spank me?

“I beg your pardon, Doctor Spencer, but you are not my father, and I am not some misbehaving child. I am an adult and able to make my own decisions.” Maggie got up and had to fight not to fall back in the chair. She was not feeling quite as well as she had thought.

Spence saw that she was on the verge of falling and reached out to catch her. Maggie didn’t want his help and swung her arm out to push him away. That movement caused her to lose her balance and the next thing she knew she had fallen right into his arms.

Hmmm, he smells so good. Maggie quickly put that thought out of her mind and tried to stand on her own. She was dizzy again and couldn’t fight the doctor as he guided her to the bed.

Maggie leaves her abusive husband and drives with no destination in mind, all she wants is to get far away from him. She ends up in the small town of Blue Moon, Wyoming and finds herself in the medical clinic after fainting in the grocery store. She’s under Dr. Robert Spencer’s care and he doesn’t think Maggie is taking care of herself. Spence believes in the domestic discipline lifestyle and is ready to see to it that Maggie starts taking better care of herself, even if it means putting her over his knee and reddening her backside. But Maggie just left an abusive relationship and is unsure if she wants to get involved with a man who wants to spank her!

Here’s a quick snippet from my book Spank Her Now

Stephen’s computer alerted him to a new email. It was from SpankMeNow and the title was “SHE DESERVES A SPANKING!

That’s weird, he thought. It was exactly what he had been thinking after that little argument on the phone. He clicked the email expecting to find it empty, but it had a few lines.

The phone rang just as he pressed the delete button. It was Eve.

“Honey, I’m sorry” She apologized. “I guess I over reacted to the emails.”

Yeah, you did.” Stephen said. “I just got another one, and it was not blank.”

“Well, I don’t know that I should tell you. I think it might get you mad. You know you never even asked what the subject titles were.”

“Oh, I guess I didn’t think about it. Why do you think it will get me mad?” She asked.

“I’m going to tell you the titles. If you get mad and don’t want to hear any more just tell me. Okay?”

“Okay. The first one was a question. It asked, does your wife need a spanking.”

“Oh my god! How crazy is that?” Eve tried to sound surprised.

“Well, there’s more. Some of the titles are repeated but I’ll just read them all to you one at a time.”

Stephen went through the entire list. When he was done, Eve didn’t say anything.

“Honey? Are you still there?” He asked.

After he read the second one, which was, ‘well does she,’ Eve asked him, “Does she?”

“Does she what?” Stephen asked.

“Does your wife need a spanking?”

“Uh…honey, I’m not sure how to answer that.” Oh,shit! Now she’s gonna think that I think she does need a spanking!

“Oh, so you do think I need a spanking. Goodbye, Stephen.” Eve hung up and smiled to herself. 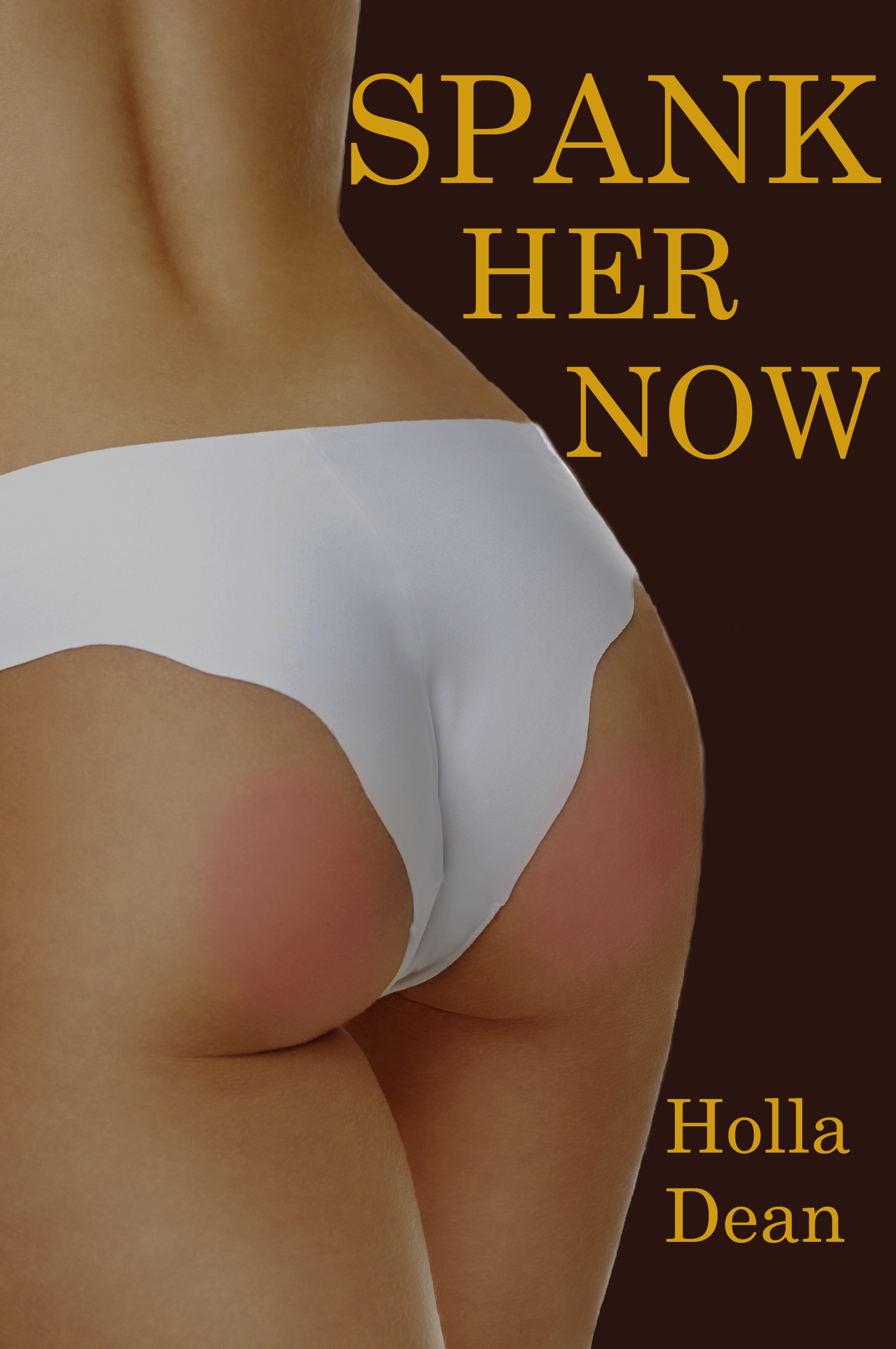 Stephen and Eve have been married for fifteen years. Their marriage has become boring, their sex life is boring. Eve wants to spice things up and begins sending Stephen anonymous emails with titles like, ‘Does Your Wife Need a Spanking?’ But Stephen doesn’t open them because he’s concerned about getting a computer virus. The emails keep coming and finally Stephen decides to open one. Eve gets much more than she ever bargained for when Stephen decides Eve’s attitude needs adjusting and he takes her over his knee for a long, hard spanking.

Warning: This story contains scenes involving adult spanking, and the discipline of an adult woman by an adult male. Explicit sex scenes. If you are or may be offended by such material, please don’t buy this book!

Welcome to my new blog! I’ve been meaning to set this up for months, but have been busy writing sexy spanking stories.  I’ll be posting about upcoming new books and other stuff you might find interesting. Feel free to drop me a line and I’ll be sure to get back to you.