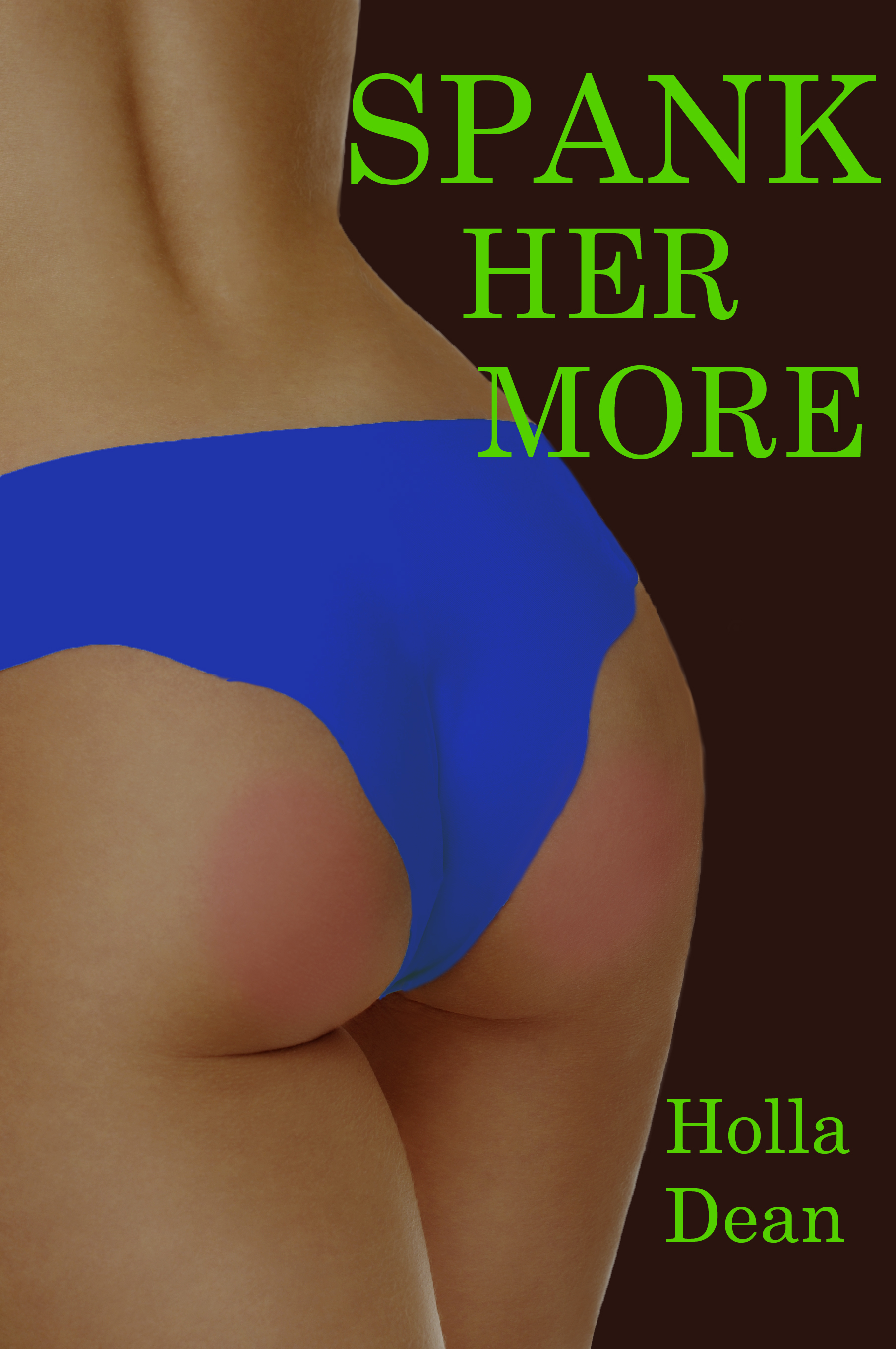 Spank Her More is a collection of five short spanking stories. Here’s an excerpt of the first story, Flight Lessons.

When they both could breathe normally again, Margie said, “I was afraid you were going to give me another real spanking for that thirty foot bounce. But you didn’t even give me a fun spanking.”

“I should,” Bob answered gruffly. “I ought to take my belt and wallop your ass until you can’t sit down for a week. That would teach you not to be careless.”

“I wasn’t careless,” Margie protested. “I was talking myself through the whole landing and was surprised by the bounce.”

“You were overconfident, and that’s careless.”

“I was not overconfident!”

“You were. You made three perfect landings with me in the plane and then you got careless, thinking you had landings down pat.”

“I was not overconfident and I was not careless. I was doing everything exactly as you taught me.”

“Quit arguing with me, Margie. Or I might still take my belt and tune up your ass.”

Margie felt her belly twitch at the thought of Bob taking his belt to her ass. So far he’d only used his hand and a small leather strap for their fun spankings. Last week he’d used the ruler for what he had called a real spanking. She wondered what the belt would feel like; if it would be similar to the leather strap.

Another twitch zipped down her belly and she felt her pussy contract slightly. Her thighs squeezed together and suddenly she wanted to feel the snap of his belt across her bottom.

“Maybe you should,” She said softly. “I mean, if you really think I was overconfident and careless, then maybe you should use your belt on me.”

Bob looked at her out of the corner of his eye and said, “You better be sure about what you’re asking for. If I use my belt on you for carelessness and overconfidence, it’s not going to be a walk in the park or any fun. It’ll be a punishment spanking, worse than what you had with the ruler last week.”

“I realize that,” She answered. “But once it’s over, you’ll forgive me, right? You won’t be mad anymore, and you won’t give me a hard time about it, right?”

“Yeah, once it’s over, it’ll be over. All will be forgiven, and you’ll start with a clean slate.”

“I think I’d rather have that than have you repeatedly bringing it up to me that I was careless and how I put myself in danger.”

“All right, we’ll take care of it tonight. I’ll be at your house at nine o’clock sharp.”

Flying Lessons: Margie is taking flying lessons from a former U.S. Marine who will bring her to task if she doesn’t follow correct flight safety procedure.

The Repairman: Cindy just bought a new house but has to keep calling the repairman to help her with her appliances that seem to continually breakdown. Jon informs her she’s in need of a good spanking if she doesn’t start maintaining them properly.

The Fall: Linda’s been trying to bring Domestic Discipline to her marriage for months. Her husband isn’t interested in spanking his wife. That is, until she falls and injures herself because she won’t listen to his advice. Will he finally give her the spanking she craves to ensure she will take precautions to avoid injury?

The Disciplinarian: After losing her husband in a tragic accident, Amy can’t seem to get her life in order. Kevin had always made sure she stayed on track. But he’s gone now and Amy needs someone to hold her accountable. Will she find what she needs when she hires a professional disciplinarian or will it be a terrible mistake?