Welcome to Saturday Spankings! I think it’s been more than a few weeks since I’ve posted anything. Last time I gave you a snippet from my soon to be released book Fire in the Rockies. Kelly was trying to figure out what the initials RJ in her new boyfriend’s name stood for. He’s refusing to tell her and she gets the brilliant idea of calling her Uncle Brent to get the info. After all, he must have checked out RJ’s application to join the Corbin’s Bend community. Surely he’d tell her what she wants to know. Or will he? 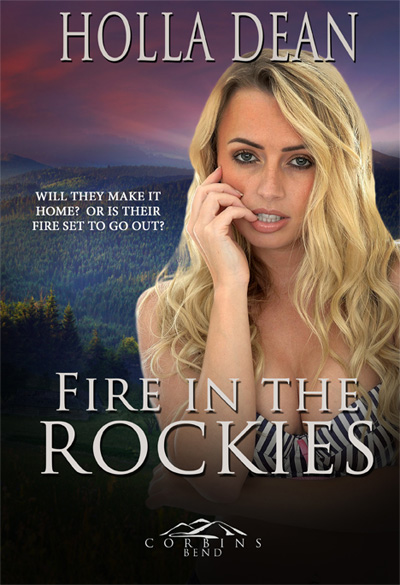 When Kelly calls Brent she says she’s planning to bake RJ a cake and wants to write his name on it. When he suggests she just asks RJ, her excuse is he’s on a four day shift so she can’t reach him. Brent makes the excuse that he doesn’t remember and thinks the application only had the RJ initials on it. Kelly challenges him on by asking how they ran RJ’s credit without his full name.

She heard her uncle sigh and had a feeling she wasn’t going to get any answers. He proved her right with what he said next.
“Kelly, I honestly don’t remember what was on his application. Even if I did, I can’t go around giving out personal information on our residents. Bottom line, you’re going to have to get that information some other way. Besides, he goes by RJ and I don’t think it would look bad on a cake.”
Disappointed, Kelly said, “Okay, thanks anyway. See you soon.”
As soon as she hung up, she muttered under her breath, “Thanks for nothing.”
She’d have to let it go for now and think of some other way to find out his name.

Don’t forget to check out the rest of this blog hop!

4 thoughts on “No help from Uncle Brent”